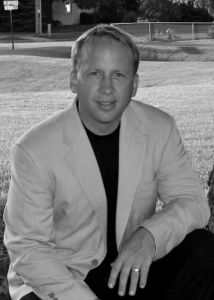 Andy was a 1984 graduate from Onalaska and has served in Onalaska as a pastor since 1989. He is a graduate of Christ for the Nations and Southwestern Assemblies of God University. For six years he ministered to children and youth bringing them in on buses from LaCrosses north side. He then planted Rivers Harvest Church in 1994 and has been the senior pastor ever since. He has served as the Vice President and President of the Coulee Region Asssociation of Evangelicals. His passion is to see people come into their full potential in the Christian faith. He spends great effort helping people develop that faith and get free from emotional trauma and physical pain. Other than foundational training in the faith, Andy regularly trains people in the area of healing and prayer for the sick. This includes regular trips overseas with missions teams conducting training seminars and evangelistic events. In high school Andy was privileged to receive several awards in athletics, including the All Sports award, Mark LeFebre award, (Mark was a brother and athlete of the class of 1977 who passed away in a car accident), the Coaches award, and the Athlete of the Year. He was Student Council President, went to Badger boys state, and Andy’s greatest honor was being voted by his classmates as the ‘friendliest’ in the class. One of Andy’s goals is to live by martyr Jim Elliot’s sentiments, “He is no fool who loses what he cannot keep, to gain what he could never lose.”