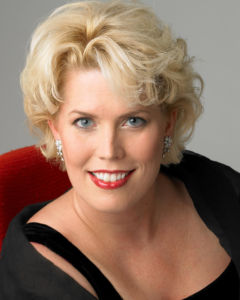 Caroline Worra has been hailed by Opera News as “one of the finest singing actresses around”. She graduated from Onalaska High School in 1987 after performing in the concert choir, show choir, band, jazz band, lettering in 4 sports, and becoming Miss Onalaska. The next year, she became the first runner-up to Miss Wisconsin where she won the Talent Award for her piano solo.

Dr. Worra has sung over 75 different operatic roles including more than 20 World, American, and Regional Premieres. She was nominated for a Grammy for Best Opera Recording for The Mines of Sulphur, and her other recordings of The Greater Good; Passion of Boule de Suif and Glory Denied have been chosen by Opera News, The Washington Post and The New York Times as top classical CDs of the year.

Caroline has performed in Italy and Ireland as well as over 30 opera companies across the United States. She toured the U.S. twice with San Francisco’s Merola/Western Opera Theatre and has appeared as a soloist on the main stage of Carnegie Hall.

Although she now lives in New York City, she is proud to call Onalaska her home.