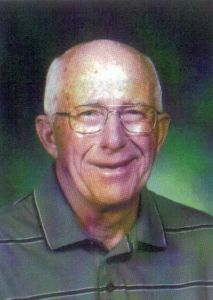 Charlie devoted thirty-eight years of his life to athletics and education. He graduated from the University of Wisconsin – La Crosse in 1956 with a Bachelor of Science degree in Physical Education. He taught in the Iola-Scandinavia School District for five years. In 1961, Charlie moved to Onalaska where he taught physical education, health, science, drafting and driver’s education. On year, he even drove the school bus. In 1973, Charlie took over as Activities Director and was in that position for the next 21 years until his retirement. Overall, Charlie coached 27 years of football, 20 years of basketball, 12 years of baseball, 5 years of tennis, and one season of track. He has coached a total of 65 different seasons of one sport or another. Charlie was awarded the Wisconsin Athletic Directors Association LeRoy “Andy” Anderson Award for dedication, time, effort, and willingness to assist others; and WADA District III Athletic Director of the year in 1984. Upon his retirement, the School District of Onalaska dedicated the field house in his honor.