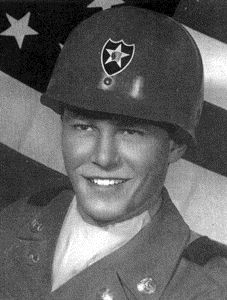 Donald Gale Renstrom, son of George and Mildred Renstrom, was born on April 5, 1928 and was a member of the Onalaska High School Class of 1946. After high school he enlisted in the Army. Due to a collapsed lung, he was discharged in 1948 and returned to Onalaska to work construction. He re-enlisted in 1949 with an intention of making a career in the military and became a member of the 2nd Reconnaissance Company, 2nd Infantry Division.

Wounded by the enemy in South Korea on September 1, 1950, Sergeant First Class Renstrom returned to duty on September 4, 1950. Taken Prisoner of War on February 14, 1951, while fighting in South Korea, he was presumed dead on January 6, 1954.