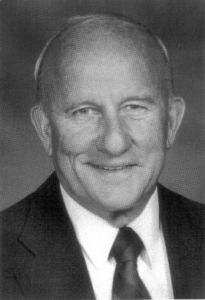 Bill was born in Onalaska, Wisconsin in 1933. He graduated from Onalaska High School in 1951. Bill went into the Army until 1995 as a member of the Bomb Disposal Control Unit. His education includes a B.S. Degree in Physical Education and General Science from the University of Wisconsin – La Crosse; a M.S. Degree from the University of Colorado – Greely in 1961 and Ed.D. In Professional Recreation Education from the University of Utah in 1972. He taught in the Stevens Point school district from 1957-1964. His tenure with the University of Wisconsin – La Crosse initiated as instructor, moved to department chair, full professor, and ended as Interim Dean in the College of Health, Physical Education and Recreation. Bill has held many executive board positions and acted as chairman for 65 local, state, and national organizations. Bill received a very special recognition when he was named the 1993 La Crosse Oktoberfest Festmaster.