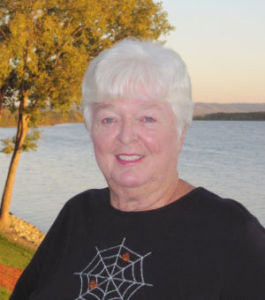 Linda Mills graduated from Black River Falls High School in 1959, earned a degree in Mathematics and English from UW-Eau Claire in 1963, taught one year at Madison West High School and two years at Washington Park High School in Racine before spending 30 years teaching and coaching at Onalaska High School. Linda was the OHS Math Department Chair for 30 years and mentored more than 50 student teachers. In the early 1970s she developed the first high school computer science program in the Coulee Region and also started the OHS National Honor Society Chapter. Linda coached the Girls’ Golf Team from its first season in 1974 through 1998 with the highlights including a WIAA State Championship in 1989 and WIAA State Runner-Up team titles in 1988 and 1994. She also coached the Boys’ Golf Team from 1993 to 1998 with the team earning WIAA State Runner-Up team titles in 1993 and 1994. Because of her success in and commitment to high school programs, Linda was inducted into the Wisconsin High School Golf Coaches Association Wall of Fame in 2002. Outside of her professional achievements, Linda has won many golf tournaments, including four State Mother/Son Golf Championships with her son Brad, has received the Jaycettes CAROL Award for Leadership, and was named the Coulee Region YWCA Outstanding Woman of the Year in Sports in 2004.