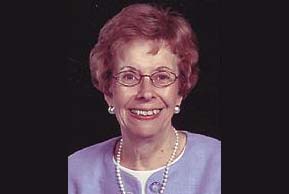 Marian Mieden was recognized for providing fifty years of quality educational experiences for the children of the Onalaska School District. She has been a part of Onalaska schools as either a teacher or board of education member since 1952. A true advocate for education, Marian earned her degree in primary education from UW-Milwaukee followed by a Masters in Curriculum and Instruction from UW-Madison. She worked as Director of La Crosse Day Care Centers, which has one its centers named in her honor. Marian spent a year in the United Kingdom as a Fulbright Scholar and Exchange Teacher. She has been the driving force behind many of the educational initiatives in the school district and is highly regarded as an expert in Early Childhood Education. Marian has been honored as an Outstanding Educator of the Young Child, the Outstanding Woman Educator Award by the YWCA and has been named Onalaska’s Woman of Achievement.