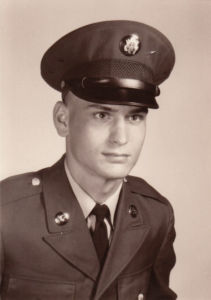 CPL Michael Bruce Turner, son of Marion and Vivian Turner, graduated from Onalaska High School in May of 1967 and enlisted in the United States Army in August 1967. Michael completed basic training at Ft. Polk, Louisiana, where he was awarded Outstanding Solider of the Cycle, “For exemplary diligence and proficiency in the pursuit of military training,” a Good Conduct Medal, and an Expert Rifle Badge. He also received two ribbons from the Republic of South Vietnam and the National Defense Service Medal. In addition, Michael was awarded the Bronze Star Medal “For meritorious service in connection with military operations against a hostile force in the Republic of Vietnam.”

Michael was awarded the Purple Heart for wounds received in action that resulted in his death on May 11, 1968. Michael had an artistic ability that had to be seen to be appreciated. It went well with his sense of humor. He laughed often and made others laugh, finding humor in the mundane and seeing the funny side of life. While in high school, drama club was a natural outlet for him, and he was a sports enthusiast – proving himself in track and football. Michael fought for what he believed in and said, “If you have to fight, fight to win and protect what means the most to you.” Michael’s friendships and loyalty were firm and forever. Nowhere was this truer than with his family, his friends, and his country. He died protecting what meant the most to him.