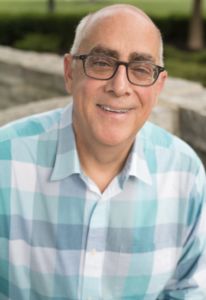 “The more you do, the more you are” is a mantra Paul Gulsvig recited on a daily
basis to thousands of Onalaska Choral students during his 28 years as a choral
director from 1979 – 2006. He believed in teaching students about the joy of music
along with the values of leadership, service, personal responsibility and dedication.

Paul transformed a small swing choir into a sensational show choir and quickly set
the bar with the Hilltoppers’ nationally recognized level of performance. From 1985
– 2006, the Hilltoppers competed in 140 competitions, won grand championships in
16 cities and 7 states, won national championships in 2004 and 2006 and made the
finals in all but two of the competitions in the 21-year period. He started the
Onalaska Show Choir Classic in 1987, and the event quickly attracted some of the
best show choirs in the Midwest. Additionally, the Onalaska Concert Choir earned
number one ratings at 28 straight Large Group Festivals sponsored by the
Wisconsin School Music Association.

Paul started the Parent-Support Group (PSG) in 1986, and the group has since
raised nearly one million dollars to sponsor choral trips around the nation. When
Paul retired in 2006, he was one of a handful of educators to be awarded the unique
“Mousker” award by the Disney Corporation Foundation. Since retirement he has
traveled throughout the nation working with thousands of high school students.

One of Paul’s former students shared, “…his legacy is a generation of students,
inspired to become better people and, in time, better parents, who will continue his
life lessons for generations to come.”