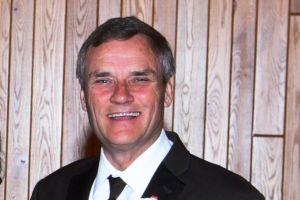 After teaching social studies for 24 years, Ron became Activities Director in 1994. He always believed that co-curriculars were an integral part of education and called them student’s 9th hour class where they would learn many important life lessons and make lifelong friends and memories. Many new activities were added to co-curricular offerings during his 11 years as AD. Ron is also proud of OHS and the Onalaska community for the many sportsmanship awards they received from the WIAA and the MVC during those years.

Ron served Onalaska by coaching basketball for 33 years, football for 18 years, track for 2 years, and by serving as advisor to groups as diverse as O-Club, Prom, intramurals, and class advisor.

After 35 years at Onalaska High School, Ron retired in 2005 but still bleeds purple as evidenced by his continued assistance to OHS and its students. He has served his school and community by his participation in Onalaska Education Foundation (OFFEE), Onalaska City Plan Commission, Onalaska Alumni Association, as a lector and communion distributor at St Patrick’s Church, OHS Reality Store volunteer, Onalaska Rotary Club, Knights of Columbus, and other civic organizations. He also served on fund raising committees for the OHS field house wood floor, the YMCA Community Campaign, and the OMNI Center Expansion Project.