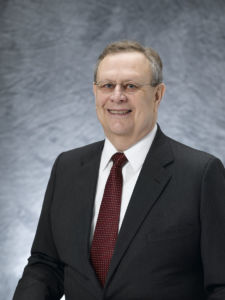 Tom Evert, Onalaska High School Class of 1965, has been a leader in education for the last 40 years.
Tom earned bachelor and masters degrees from UW – Eau Claire in Psychology and School Psychology
and a Ph.D from UW – Madison in Educational Psychology. The first eight years of his career were spent
as a school psychologist before starting a 30-year career in educational administration including
leadership roles as a director of student services, high school principal, and superintendent of schools in
Beloit, Sheboygan, and Janesville Wisconsin. As the superintendent of schools in the School District of
Janesville, he led successful referendum projects of over $100 million, assisted in the development of
five charter schools, and worked annually with 1,400 employees to increase academic achievement for
over 10,000 students.

Tom has served as president of the Wisconsin Association of School District Administrators and been a
member of the Wisconsin PTA Board, National Association for the Advancement of Colored People, and
the League of Women Voters. In addition to writing several journal articles, Tom has co-authored four
books on varied topics in school administration and served on many community organization boards in
the Janesville area including the United Way, Rock County Youth Network Committee, and the Welty
Environmental Center. He has taught in the Edgewood College Doctoral Program for Educational
Leadership since 2007.