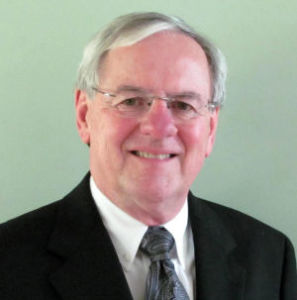 Tom Kennedy has been a resident of Onalaska since 1952 and graduated from Onalaska High School in 1965. Tom served in the United States Air Force and was stationed in Karamursel, Turkey, and Clark Air Base in the Philippines. Following his honorable discharge, Tom attended UW-La Crosse, earned a degree in Accounting and later passed the CPA exam. He worked for Grant Thornton International CPA Firm and then First Bank before spending the next 30+ years working for J.F. Brennan Co., Inc. In addition to his professional accomplishments, Tom served on the School District of Onalaska Board of Education for six years, the Onalaska City Planning Commission and the Police and Fire Commissions. he has also been a member of the Board of Advisors for the UW-La Crosse School of Business and the La Crosse Community Foundation Investment Board, as well as several non-profit boards. In 2013 Tom and his wife Trudy started Tom’s Grocery Bag as an endowment fund of the La Crosse Community Foundation. Tom’s Grocery Bag provides non-perishable food items at least once a month to the neediest students in the School District of Onalaska. The program is designed specifically to provide food to students on weekends. Tom and his wife have been married for 43 years, and their three daughters also graduated from Onalaska High School.