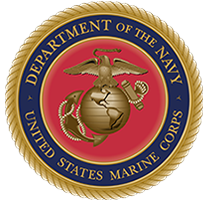 Walter K. Thomack, son of Ernest and Ida Thomack, was born in June of 1922. He lived in Onalaska and attended Onalaska Public Schools. According the the 1940 Census, Thomack had five brothers and sisters.

The US became involved in World War II in late 1941 after a Japanese surprise attack on Pearl Harbor. Thomack enlisted in the Marine Corps and was sent to the European Theater where he perished on July 1, 1943.

Although his cause of death is unknown, US Marines were involved in combat udring the North African campaign, which began in December of 1942 and concluded in the late summer of 1943. He is buried in the Hobart Cemetery of Weyauwega, Wisconsin.